This topic could fill an entire book, but for our purposes here, we’ll focus on the most important aspects. This article highlights concepts and provides a general overview of the players that deliver this proprietary database management system. These players fall into three main categories:

The next three sections address these players and provide a bird’s-eye view of what they do.

Shared memory is nothing more than a newfangled name for what was and is sometimes still referred to as RAM—random access memory. As the 12c database is started, a handful of entries in its system parameter file contribute to the size of memory allocated to the instance. Many adopters of the Oracle technology use the words “database” and “instance” synonymously. There is a fundamental difference between the two:

It would be impossible to get into the details of each of these components; as you encounter the memory structures that support a running Oracle instance, the terminology will not be brand new. Figure 1 is a graphical representation of the bullet points just discussed with minimal drill-down. FIGURE 1.   Overview of shared memory components for a 12c database

Interaction with the database through the instance is brokered by system support processes introduced next.

These processes are initiated automatically as an Oracle instance is started. Each one plays a role in the management of application interaction with the data. A full set of 12c processes from a running instance appears in Figure 2. Table 1 presents some detail on the role played by each one of the highlighted processes. The suite of background processes that you see on a running Oracle Database 12c may differ from what was discussed in this section. Some processes only appear when certain functionality of 12c is being used. The next section wraps up the architecture discussion by giving some insight into the system files that support the 12c database.

A minimum of 11 files are created for the traditional Oracle instance. Table 2 lists the role of each. Figure 3 illustrates the makeup of these operating system files, the barebones minimum as discussed in Table 2. 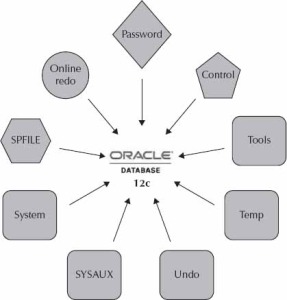 Figure 3.  Overview of system files that support the 12c database