The prior article started a discussion on the hard parsing process.  It left off with the query transformation step.  Please read these articles in the proper order as they each build on the prior article.

The next step in the hard parse process is the permutations, as shown in the Figure below, taken from the Oracle Performance Tuning Guide. 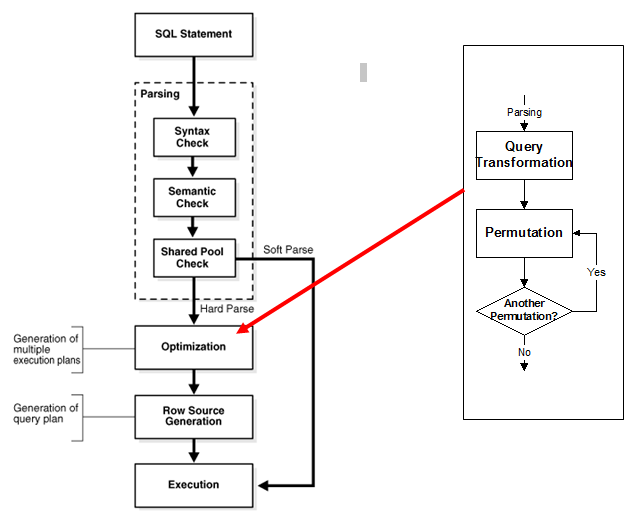 I often refer to this step as the ‘brute force’ approach to finding the most performant SQL execution plan. 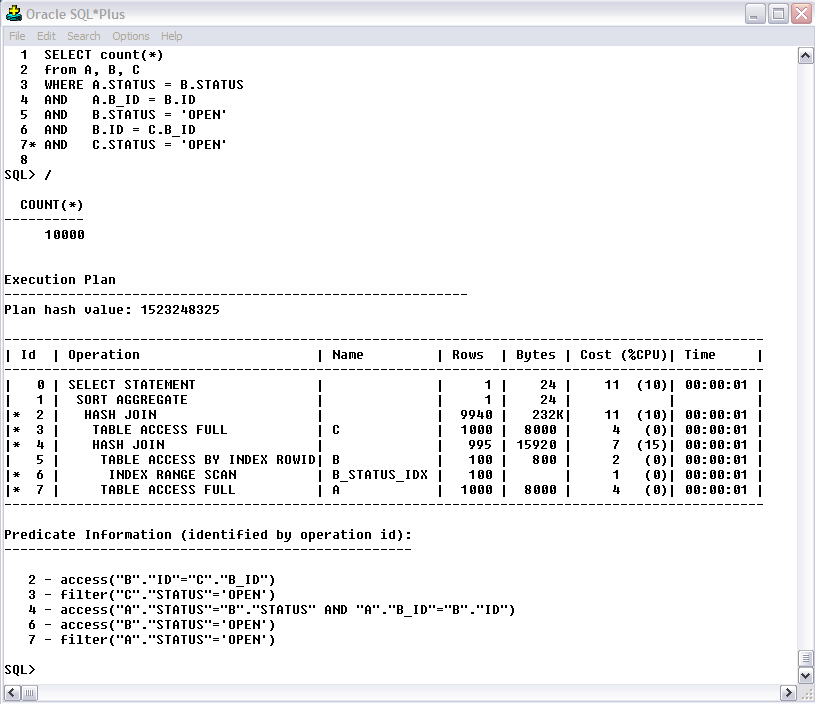 This is a non-partitioned query.  Those are handled a bit different.  These queries I call regular queries and the CBO goal here is to find the execution plan with the lowest overall cost.

The permutation process does many things:

The Oracle Trace 10053, the CBO trace, shows the entire hard parse process.  We can look at the 10053 trace in a future article perhaps.

Once the CBO is satisfied it has tried enough permutations that it is content with the lowest overall cost has been determined, it then passes the results to the final hard parse step of row source generation that then produces the final execution plan.

This final execution plan is then visible by querying the V$SQL_AREA table using this syntax:

The method used to generate the explain plan shown in this article used SQL*Plus with ‘autotrace on explain’…and the SQL executed.  Autotrace will then show the explain plan produced by the hard parse process.