How the Oracle Explain Plan Can Uncover Slow SQL Queries

The prior article finished the discussion on hard parsing.  This article will take a look at some of the explain plan content then wrap up with what to look for when you have poorly performing SQL.

Up to now, we have been discussing how Oracle processes SQL, the hard and soft parse processes, and how the execution plan is arrived at.  I’ve been using some illustrations of SQL and explain plans to help deliver the message. Some information found in the explain plan include:

Let’s wrap up the series with a look at these join conditions that might be in the wrong order, using the example explain plan below. 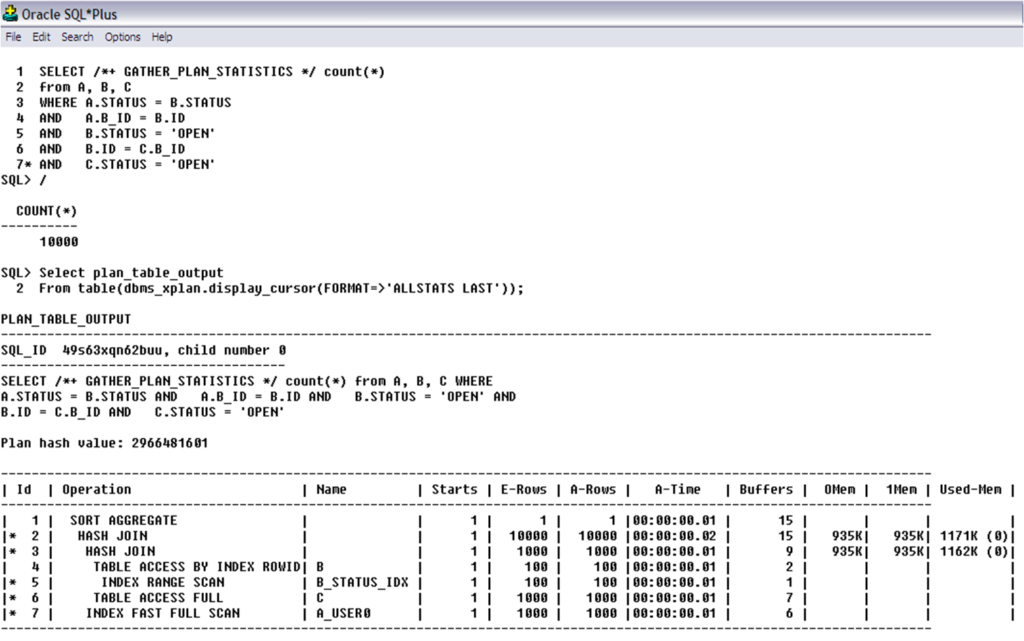 Notice the syntax here.  The SQL statement has a hint in it called ‘GATHER_PLAN_STATISTICS’.  When this hint is included and is teamed up with the DBMS_XPLAN.Display_Cursor syntax listed above, you get the CBO row counts that it thought were going to be there and the actual row counts from the actual execution.  It is very important to get both for your problem SQL.  This syntax was introduced in Oracle10.

IF a nested loop is going smaller to larger, or, a hash join is going larger to smaller…the performance will be poor, even though the math works out the same.  The CBO might show things in the correct order but you really need to see what it ACTUALLY executed against, and this syntax shows that.

Notice in this example that the E-Rows is what the CBO thought was going to be there at hard parse time.  The hard parse determines the order of the processing.  Notice the A-Rows, or actual rows…if you see ID line 4…is significantly higher but is still going smaller to larger on a hash join.  Notice though that ID line 3 at 94K is doing a hash join with ID line 6 at 61400…larger to smaller…not good. 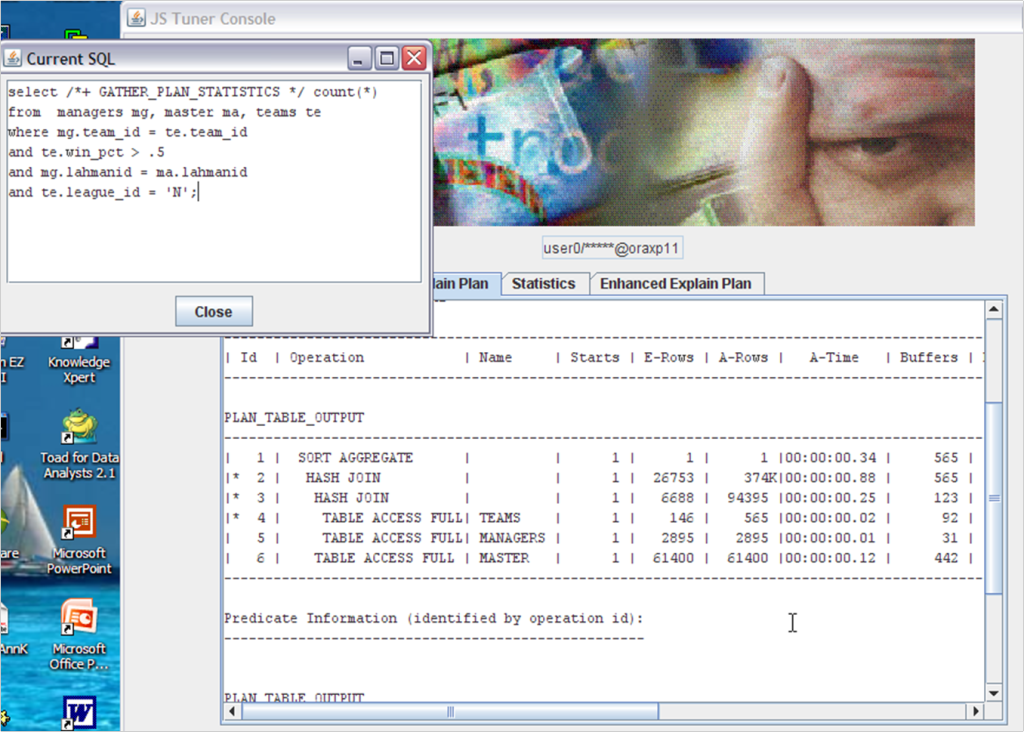 I wrote this free tool quite a while ago to use in my Oracle classes.  If you put the hint in as the first hint, my program recognizes the event and runs the correct DBMS_XPLAN syntax instead of the autotrace!  Makes life easy.  There are some other features in here that I cover in class to make your life easy when it comes to SQL statement tuning.  This tool is free at www.DanHotka.com.