In Part 1 of this article, we looked at the importance of using small transactions in a transactional MySQL database.

As you move from the carefree READ UNCOMMITTED isolation level to the more secure SERIALIZABLE level, the performance of the RDBMS is affected as well. The reason for this is fairly simple: The greater the data integrity you demand from the system, the more work it has to do and the slower it runs. Therefore, as a database administrator or a system analyst, you will usually have to walk a tightrope between the RDBMS’s isolation requirements and its performance.

At the SERIALIZABLE level of isolation, the RDBMS executes transactions sequentially and, thereby, offers the highest level of protection against data corruption. However, because this often involves waiting for locks set by other transactions to be released, it can significantly reduce the speed of your application. At the other end of the spectrum, the READ UNCOMMITTED isolation level allows parallel transactions to see the unsaved changes made by each other, providing much improved performance at a greater risk of inconsistent data. Figure 9-1 illustrates the inverse relationship between transaction security and performance. 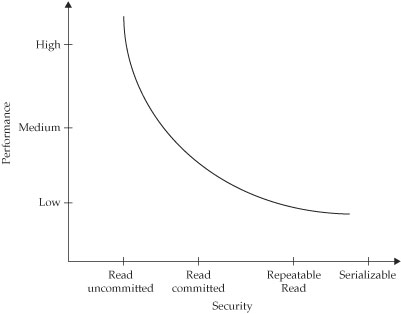 Figure 1. The relationship between transaction isolation levels and performance

In the final part of this article series, we’ll discuss the importance of avoiding deadlocks.